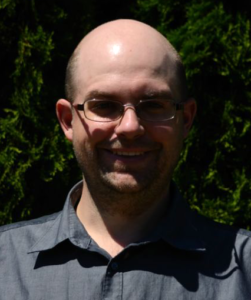 Dr. Stitt works at the Centre for Coastal Health in the capacity of associate researcher in Veterinary Public/Population Health.  He received his BSc from the University of Saskatchewan, his MPH&TM (Masters in Public Health and Tropical Medicine) from James Cook University in Townsville, Australia, and his DVM (Doctor of Veterinary Medicine) from the University of Saskatchewan.  Tyler has been with the Centre for Coastal Health since 2008.

Tyler has a keen interest in the role that educational multimedia and published materials has on public health awareness, and has created a number of well-received written and multi-media communications including the “Diseases you can get from Wildlife” booklet and the Nepali-mandala inspired “You can prevent Japanese Encephalitis” poster.  He has been actively involved in research design and planning, rapid, targeted literature reviews, systematic literature reviews, and survey design and analysis.  He recently assisted with the facilitation of a workshop at the Food and Agriculture Organization in Rome, Italy.  Since 2008, Tyler has organized and run the Animal Determinants of Emerging Disease national teleconference series.

Tyler has worked on a number of high profile projects with the Centre for Coastal Health.  He served as the junior project manager on the “Early Warning and Rapid Alert Systems for Food Safety” review.  This multi-year project incorporated rapid targeted literature reviews, survey design and analysis, workshop facilitation, and most recently the development of a guidebook intended to help countries implement early warning and rapid alert systems for food safety.  Tyler also serves as the Canadian project manager for the IDRC project “Reducing Vulnerability to Threats of Japanese Encephalitis (JE) Transmission in High-Risk Districts of Nepal”.  Tyler spear-headed the knowledge translation portion of this project through the development of a public health educational poster for use by the Nepali collaborators.  Other notable projects include a risk assessment involving invasive bullfrogs and a natural water reservoir supplying drinking water to the city of Victoria, a communique on the use of animals as sentinels for human health impacts from oil and gas development, and the development of unique visualization tools for understanding the movement of livestock within the province of British Columbia.